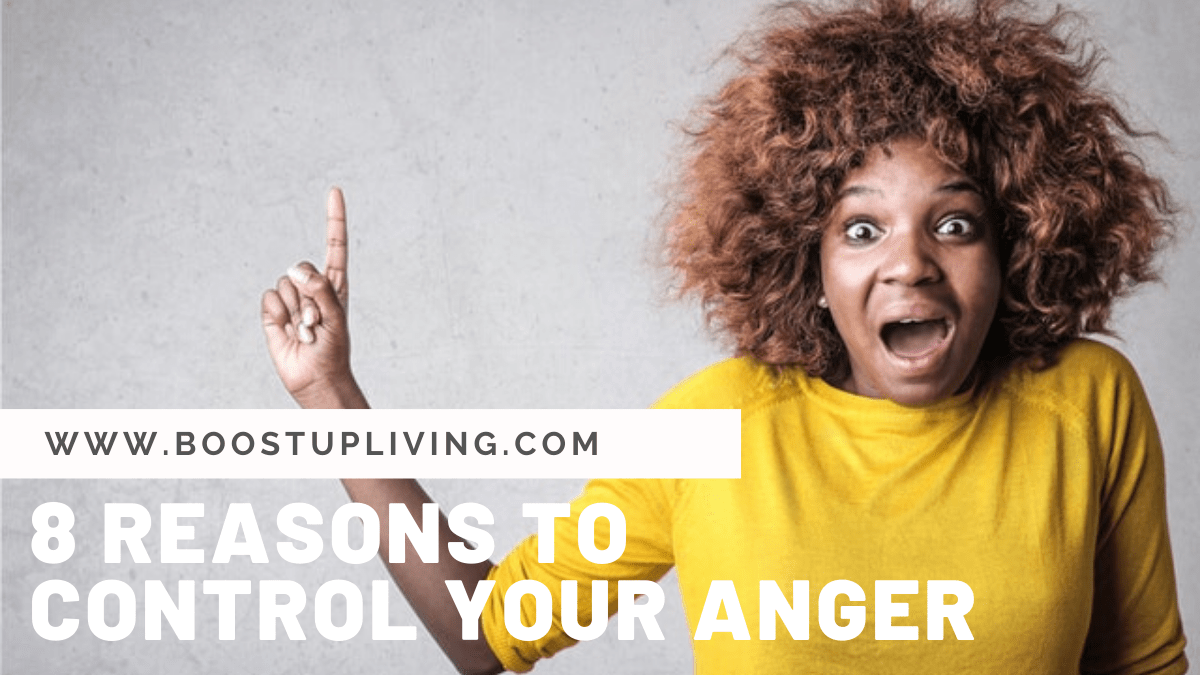 Anger one of the biggest problem, which any person face. This is about 8 good reasons to control your anger.

I believe these are 8 good reasons to keep you from blowing your head up.

1. Anger will cause irrational actions and these actions will be reflected badly on your personality

Just remember an angry person’s face, Its wrinkled, blackface right? this is only the reflection in your face. I hope that’s enough to show how anger getting reflected in your body.

2. Unwise words are spoken when in anger. Words spoken are not retractable. So think before you speak and best to control your emotions before speaking in a rash.

When in angry people tend to release many words without thinking a bit. Then there could be bigger damage that could happen because of what you’ve said. So just think before talk when you’re angry.

3. Anger will only hurt the person who is angry. The person on the wrong side will escape unharmed.

Just think when you’re angry the third person would not in angry. So he manages the situation and gets a chance to his side. In the end, you’ll face many problems while he’s getting away from the situation without any single matter.

4. Anger will lead to shame.

After an angry moment, you’ll remember what you’ve done, what you’ve said. So in many cases that could lead you to shame.

5. Consequences caused by anger can be more devastating than the reasons for anger.

6. Being angry is just falling into a trap that someone sets up so that they can conquer you.

7. If you are angry at someone’s fault, turn to yourself and study your own faults as well. It might not be the other person’s fault.

8. Getting angry over a minor setback might cause your dignity.

When you’re getting into an angry moment, Just remember what you lose. Just remember at least one from 8 reasons above. You’ll control your anger.

Read more topics in Personal development posts on our web site to ensure the development and having success in your life.

Related Topics:angerpersonal development
Up Next

7 Simple Techniques For Dealing With Your Anger

Robyn Rihanna Fenty, a world-class personality, is a Barbadian singer, songwriter, actress, and entrepreneur. The mogul is one of the...